BJ-25 –If you are on budget but don’t want to be ripped off by the cheap low quality group tours
this tour is perfect for you
NO FACTORY,NO HIDDEN CHARGE, NO DETOURS

Your exploration begins with a visit  to the stunning Temple of Heaven visited by the emperors of the Ming and Qing dynasties for annual ceremonies of prayer to Heaven.

The Temple of Heaven is one of several worship sites in the capital where the emperors offered sacrifices. Its location in the city derives from the notion that yang,the mal vital principle,is located n the south;and as Heaven is yang,it should be worshipped in the southern suburbs of the capital.

The Temple of Heaven was constructed between 1406 and 1420 during the reign of Ming Emperor YongLe (reign: 1403-1424), who also oversaw the creation of the Forbidden City during the same period.

Exploring one of the world’s largest public areas—Tiananmen Square, home to the National Museum of China, the mausoleum of Mao Zedong and the great Monument to the Peoples’ Heroes. Pass through the south gate to the magnificent Forbidden City, a 250-acre complex of courtyards, palaces, pavilions and gardens, which served as the imperial palace for emperors and their households for more than 500 years

The Forbidden City was the imperial palace from the Ming and Qing Dynasties. It is located in the middle of Beijing,, and now houses the Palace Museum. For almost 500 years, it served as the home of emperors and their households, as well as the ceremonial and political center of Chinese government.
The palace complex exemplifies traditional Chinese palatial architecture,and has influenced cultural and architectural developments in East Asia and elsewhere.
The Forbidden City was declared a World Heritage Site in 1987,and is listed by UNESCO as the largest collection of preserved ancient wooden structures in the world

Contunue to a well-preserved royal garden, the Summer Palace. Renowned for its beautiful landscape and spectacular architecture, the Summer Palace has been listed in the World Heritage Sites and considered as one of the most classical gardens of the world.The Summer Palace, originally named Qingyi Yuan or the Garden of Clear Ripples, was first constructed in 1750. It was razed to the ground by the Anglo-French Allied Forces in 1860. The Government of the Qing Dynasty started to rebuild it in 1886 with funds that it had misappropriated from the Imperial Navy and other sources. Renamed two years later as Yihe Yuan or the Garden of Health and Harmony, it was supposed to serve as a summer resort for the Empress Dowager Cixi. Known also as the Summer Palace, it was ravaged by the Allied Forces of the Eight Powers that invaded China in 1900. The damage was repaired in 1902.

The tour does not including airport transfer, you can either take airport express train or taxi to your hotel,please make sure you have your hotel’s address print out in Chinese characters

Great Wall Day is a  heavy day with a lot of hiking. So be sure to wear comfortable shoes and have a good sleep the day before

Airport  pick up and drop off 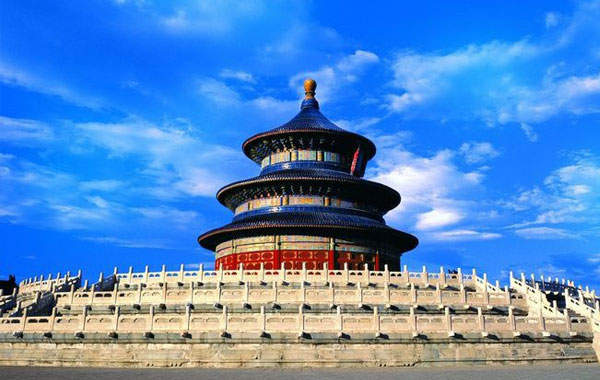