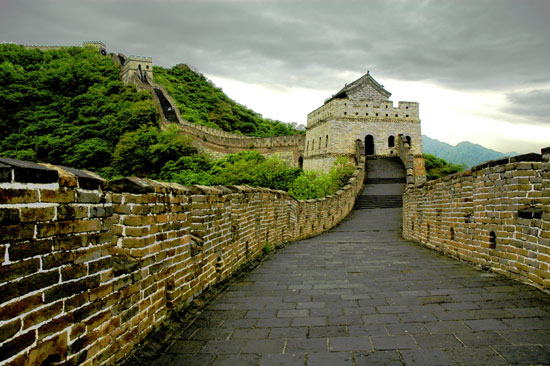 visit to the famous The National Museum of China,

Visit the The New China Science and Technology Museum

Program –Dinning with the local family in their courtyard home

Stop at  the National Stadium ,you will have time to walk around and take photos of this area

Then Visit the The New China Science and Technology Museum,here kids can join different kinds of activities
Built with government investment, the new China Science and Technology Museum (herein after referred to as “the New Museum” where appropriate) is a large scale venue for popular science education projected for the 11th Five Year Plan period (2006-2010). It is located inside the National Olympic Green, bordering on the Yayun (Asian Games) residential area in the east and the Olympic water system in the west; to its south is the centerpiece National Stadium (nicknamed “Bird’s Nest”) and to its north the Forest Park.

Occupying a land area of 48,000 square meters and with a construction floor space of 102,000 square meters, the New Museum is one of the auxiliary facilities of the 2008 Beijing Olympics and constitutes an important component of the concept of “green, people-oriented and high tech Olympics”.

Return to hotel around 5:00 pm

Pearl Market For the Bargainning shopping is an Option,behind the pearl market is the Toy market

Visit the Pandas in The Beijing Zoo.With over 600 animal species on display, including China’s national treasure, the giant panda , but also the golden monkey, Yangtze alligators…
Watch the Performance in the Aquarium

Return to hotel around 5:30pm

Entrance fee to the olympic sites